Skip to content
Posted inEducation How It Works
January 18, 2023 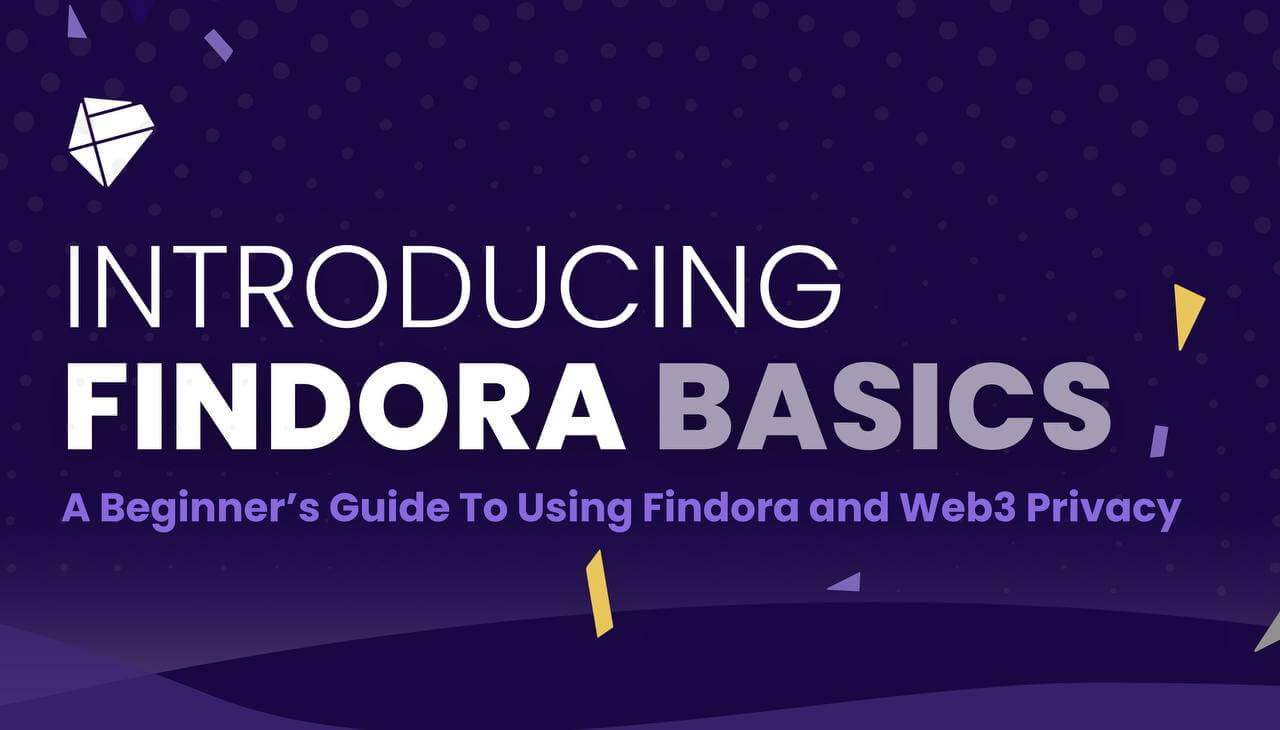 On one hand, businesses and users expect financial privacy, but that isn’t possible when transactions are recorded on an open-ledger blockchain. Consumers have rightfully grown to demand privacy because it has been so deeply embedded in our financial systems – yet Web3 cannot meet this demand.

On the other hand, regulators are worried that completely anonymous systems could aid hackers and other malicious parties. As Web3 develops, it will need to protect individuals’ reasonable right to privacy while addressing the concerns of auditors and law enforcement.

One of Findora’s key innovations is its dual-chain architecture which creates a zk-ledger rather than a purely open ledger. A unique L1, Findora combines privacy with auditability to prepare Web3 for mass adoption, enabling it to protect users and comply with regulations.

You should expect privacy from Web3, just as you do from traditional finance. Findora takes that expectation and makes it a reality so that privacy can be the default in Web3.

Unlike many other ZK-projects, Findora strives to combine privacy with auditability. The goal isn’t to create a system of secrecy, like a token mixer. Instead, Findora is making privacy the standard, as it is in traditional finance. Why is privacy important?

Imagine if swiping your debit card or sending a bank transfer exposed all your debts, income, and expenses. Or if every time a business paid a contractor, all their financial movements were made public. Not only would you feel exposed, but it would create difficult social situations and make business almost impossible.

That is why TradFi has established social norms around privacy and why banking regulations seek to safeguard consumer data. Web3, however, lacks the technology to offer the same protections.

Through Findora, Web3 users do not have to give up their reasonable right to privacy or forgo consumer protections.

1. Users will have more ownership of their personal information.

2. By validating data, not revealing it, public audits can be definitive without being as invasive.

Using zero-knowledge proofs, users can selectively reveal their personal information to third-party dApps, disclosing what they want. For example, they could prove they meet a credit score or age requirement without sharing any specific data. Instead of the third party having a user’s personal data, which could then be leaked or sold, each dApps would need to request that data from the user before accessing it.

Ultimately, giving institutions more transparency and users greater ownership of their data makes mass adoption possible. Capital that has so far been forced to sit on the sidelines would be able to enter Web3 and leverage the benefits of blockchain technology.

Findora is comprised of two parallel chains, an EVM chain (with 0x… addresses) and a UTXO chain (with fra… addresses) both using the same Tendermint-based consensus mechanism. The two chains are atomically parallelized through a process called Prism Transfer.

Prism allows FRA tokens on the EVM to be transferred to the UTXO and vice versa. Prism links the two chains, but because they share the same consensus mechanism, they are linked atomically and operate as a single unit.

Why use an EVM and a UTXO layer?

By combining these two blockchain models into a single L1, Findora leverages the capabilities of both: the EVM layer for programmability and the UTXO for privacy.

The EVM layer, AKA the Smart Chain, makes Findora compatible with other EVM chains like Ethereum, Polygon, and BNB Chain and creates a developer-friendly environment. Developers on Findora can build dApps with Solidity, a language many are already familiar with. To integrate privacy features, they simply need to use the SDK to call functions from the UTXO side.

The UTXO layer, on the other hand, uses Rust. It employs advanced zero-knowledge proofs to create privacy functions like confidential transactions which protect the token amount and token type. Once Discreet Labs implements the upcoming “triple-masking” feature, the UTXO side will also be able to protect wallet addresses sending and receiving tokens or NFTs.

By combing an EVM layer with a UTXO chain, Findora gives developers a platform that has Ethereum-like programmability and next-level privacy functions.

What are zero-knowledge proofs (ZKPs)?

ZKPs are advanced cryptographic methods that can prove the validity of data without revealing the data. For example, in Web3, they are used to confirm a transaction on is valid on-chain without revealing any of the details of that transaction on-chain, like the token amount or type. Findora’s UTXO chain enables privacy features that aren’t possible in EVM environment.

Transferring EVM FRA and UTXO FRA with the Findora Wallet

Since Findora is built on two different chains, users need to be careful when sending and receiving FRA tokens. Don’t send EVM FRA, from a CEX for example, directly to a ‘fra…’ address or UTXO FRA to an ‘0x…’ address. Only use Prism Transfer to transfer FRA between the two networks inside the Findora wallet.

Because Findora is EVM-compatible, it is also compatible with MetaMask. After adding the Findora EVM network, you can hold FRA tokens purchased from exchanges on your MetaMask or other EVM wallet. You can add the Findora mainnet to your MetaMask automatically through chain link. To add it manually to MetaMask, use the following information:

You can find the documentation for setting up mainnet and testnet here.

NOTE: Most CEXes transfer FRA using 0x… addresses. FRA on the EVM can be held on MetaMask, but it cannot be sent directly from the CEX to the Findora wallet. Sending EVM FRA to a ‘fra…’ address could result in losing your FRA. Always double-check which network you are using before transferring FRA.

Staking and Validating on Findora

Support Findora by becoming a validator or delegator.

Becoming a delegator is one of the easiest ways to support the network. As a delegator, you can stake FRA tokens to help secure the chain and earn rewards. The more stake there is, the more secure the network. Delegators share in the rewards of the validators they stake with, but also share in their penalties. It’s important that you stake with a validator you trust and who has a high uptime.

By rewarding reliable validators, delegators ensure the top performers run the network and participate in consensus.

LEARN HOW TO STAKE

Another way to support Findora and secure to chain is to run a validator node.

Validators earn rewards by proposing blocks and writing blocks. Delegators tend to reward validators with the highest uptime with more stake, giving them a bigger say in the network. The more validators that run nodes, the more decentralized and secure Findora becomes.

Setting up a validator is not hard, and community tools can help you do it in minutes.

Besides staking and validating, there are many other ways to contribute to Findora.

Are you a developer with a great idea or an established project? Port your dApp or build it on Findora. Developing on Findora is similar to any other EVM chain, and there is extensive documentation as well as a dedicated support channel for developers on Discord. Be sure to ask a moderator for a developer role once you join!

Here are some key documents to get you started:

You can find all of Findora’s official documentation here.

Besides documentation, Findora will soon launch its Grants Program to incubate new projects on the ecosystem. Be sure to follow Findora’s Twitter or join the newsletter for updates on the Grants Program.

For Retail Investors and Users

A project lives and dies by the strength of its community. One of the easiest and best ways to contribute to Findora is simply by following us on Twitter, Reddit, or other social media. Engaging with and sharing content helps Findora reach more people and is a big help.

Join testnet campaigns, play with new ecosystem projects, earn rewards by staking! These simple actions go a long way to helping Findora build the future privacy on Web3. Be sure to sign up for our newsletter to get updates tailored to your interests.

Thank you for taking the time to learn more about Findora! Continue exploring in Findora’s upcoming podcast or YouTube channel.

Findora is a Layer-1 building a future for Web3 where you can expect privacy that’s auditable and programmable. It combines a native UTXO ledger optimized for privacy with an EVM extension for programmability and interoperability. Developers can leverage either model as they build dApps with auditable privacy. We appreciate our developers and would love to onboard you to the Findora ecosystem.

Users shouldn’t have to accept the loss of privacy — instead, through Findora, we can come to expect privacy. Please reach out, and join our social channels for more.

Counting Down to Findora’s Grant Program