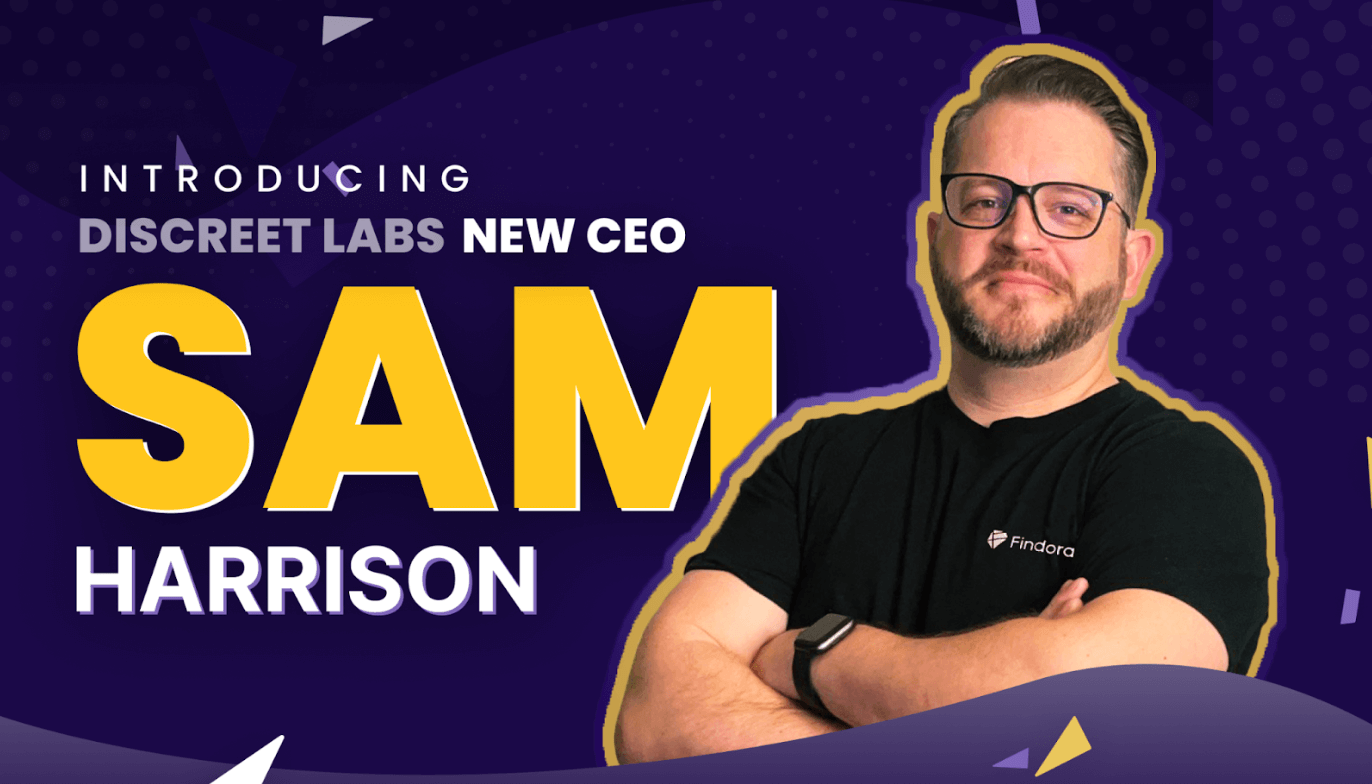 Sam Harrison Leading the Success and Growth of Findora

We are delighted and proud to announce Samuel Harrison, former VP of Growth, as the new CEO of Discreet Labs, a core contributor to the Findora blockchain.

The team at Discreet Labs is eager to take on 2023 with Sam’s vision and leadership, spearheading numerous initiatives and launches that will further Findora’s technical advancements in zero-knowledge applications and grow the Findora ecosystem.

With this exciting announcement, it is with a heavy heart we share that Warren Paul Anderson has decided to leave Discreet Labs to pursue new endeavors and will be amicably transitioning the role to Sam. Warren led and oversaw the Discreet Labs team through various developments that helped position Findora as a production-ready blockchain. Warren brought over a decade of Web3 experience to Findora. He led the team through the launch of Findora’s EVM chain (AKA Smart Chain) and built the foundations for the upcoming auditability features baked into FIP-2.

Warren’s leadership has been appreciated, and his contributions will always be valued. Under his leadership, Findora has been positioned for a stellar future. From the team at Discreet Labs, we wish Warren well in his next venture and hope our paths will cross again in the near future.

2023 will be an exciting year for Findora, and Sam will lead the charge as Discreet Labs focuses on driving more adoption of blockchain technology. Sam will be focused on gaining traction for the innovative technology developed within Discreet Labs and will have a singular focus on growing the DeFi, NFT, and Web3 Gaming verticals. The Discreet Labs team is thrilled about what’s to come throughout the upcoming quarters, and we’re excited to share more with our community shortly.

Don’t miss our upcoming updates on all things Findora. Follow Sam Harrison, Discreet Labs, and Findora on Twitter, or stay tuned to our blog at https://findora.org/blog. You can also sign up for our the Findora Rollup, our monthly newsletter:

SIGN UP FOR THE ROLLUP
Last updated on February 5, 2023

The Importance of Decentralization After 2022