Before we dive in – an updated version of the Findora desktop wallet was released recently. The new version comes with Prism, for internal transfers of FRA tokens between the Findora Smart Chain and Native Chain. Learn more about that process here.

Rialto, the first cross-chain bridge built on Findora, has launched on Findora mainnet. Rialto connects Binance BNB Chain and Findora to enable seamless, permissionless, and trustless movement of tokens between the two ecosystems.

To celebrate Rialto’s launch on Findora mainnet, the developers are running a $5M Rialto bridge kickoff campaign to reimburse cross-bridge liquidity costs and to incentivize users to report bugs. Additionally, The Findora Foundation will also allocate $5 million USD worth of FRA tokens (from the $100M Ecosystem Fund) to reimburse users for BNB bridge fees paid on the Binance side. The promotion is live until May 15th, 2022 (or until all funds have been depleted).

Support for connecting Findora with Ethereum (and other EVM-compatible blockchains) is expected to follow shortly and ETH bridge gas fees paid on the Ethereum side will also be reimbursed as part of the campaign. Finally, FRA bridge gas fees for inbound transactions on the Findora side will be covered by Rialto.

Keep scrolling for more on the Rialto bridge!
–

FairySwap is an AMM DEX that is 100% fair-launched / community-oriented and takes advantage of Findora’s privacy-preserving technology.

To coincide with the landmark launch, The Findora Foundation announced a $3,000,000 Liquidity Program for FairySwap from its $100 million Findora Ecosystem Fund. When it went live on Mainnet, FairySwap already had support for:

They will soon be minting what is expected to be the first NFTs on Findora – zkNFTs.

We’ve made a step-by-step tutorial to help you use FairySwap. To jump in for yourself, and get yield farming, start here.

If you’re passionate about promoting privacy on Web3 and about Findora, then we want you!

And anyone else passionate about building up #PriFi!

Learn more about being an ambassador, and sign up here.
–

The Findora Foundation and its ecosystem of developers, Discreet Labs included, are now hiring for many positions available in areas such as Engineering, Community, and Marketing.
–

Always getting the word out about Findora, here’s the latest.

Findora Academy is an ongoing educational series that covers blockchain basics and posits to answer every question you may have about Findora and its many features and attributes. Follow along on the blog and on Medium for regular posts that dive into the technical aspects of blockchain technology in general, and Findora more specifically, in an easy to read format.
– 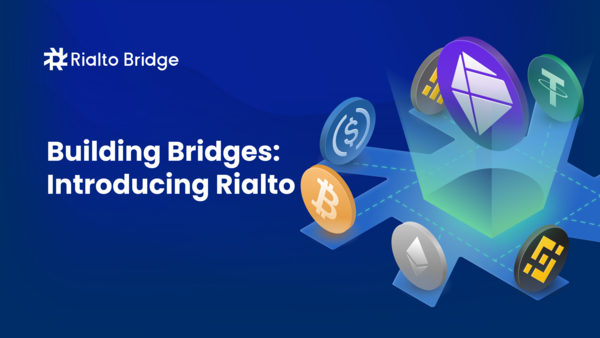 In the 9th Century, the now-famous Rialto Bridge connected the first marketplace in Venice to the global markets in the Mediterranean and Asia. Now Findora’s Rialto bridge is connecting the world of DeFi to the more private future of privacy finance (PriFi).

In addition, as the Findora blockchain supports programmable privacy via zero-knowledge proof cryptography as a core feature, upcoming releases of Rialto will enable users to confidentially transfer assets from EVM-compatible chains to Findora. This means Rialto bridge users will be able to break the link between the amount and type of assets sent from the original blockchain to the Findora blockchain — welcome to the world of PriFi!

Read the seventh Findora Academy entry in its entirety here.
– 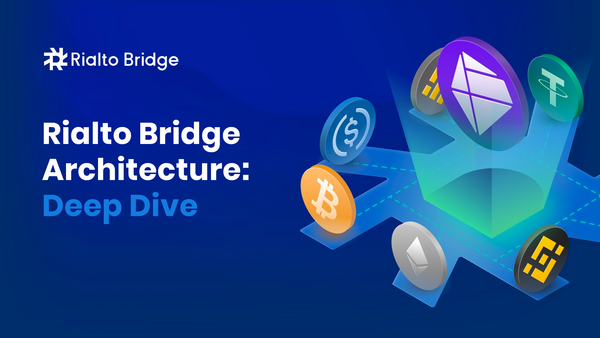 Welcome to our second article discussing the newly launched cross-chain bridge, Rialto, that connects Findora to BNB Chain (and, later on, other EVM-compatible blockchains like Ethereum).
In this article, we will go into a deep dive on the technical architecture of Rialto. See the first article for a broader overview.
Overview
Rialto, at its core, is a message-passing protocol, through which events and transactions on a source chain are routed to a destination chain. The architecture of Rialto relies on proposals created by relayers located on the target (or destination chain) chain and these proposals must be approved by other relayers. On the target chain, approval voting also occurs and the transaction is executed only after a voting threshold is passed.
Architectural Details
Before any asset can be transferred between chains, a bridge must be set up between them. A set of contracts must be deployed on the source chain as well as the destination. These contracts (Bridge, Handler, Token) will define the behavior of the bridge.
A set of relayers must also be deployed in order to facilitate the transfer in a decentralized manner. These relayers are configured with the RPC endpoints of each chain and are responsible for voting and triggering the execution of the transfer. 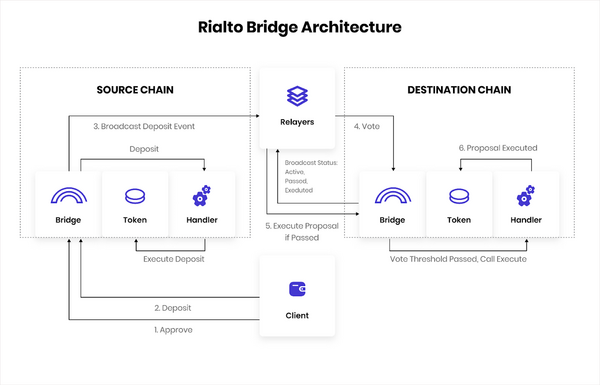 Read the eighth Findora Academy entry in its entirety here.
–

#9 Findora Academy 💟 | How to Use Rialto Bridge — A Mini Tutorial 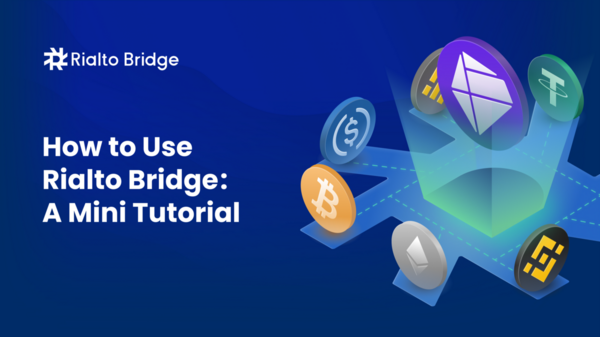 Welcome to our final article discussing the newly launched cross-chain bridge, Rialto, that connects Findora to BNB Chain (and, later on, other EVM-compatible blockchains like Ethereum). See our earlier overview and deep dive articles for more information.
When migrating assets over from BNB Chain to Findora Network, we estimate the total fees to be under $2.00 worth of BNB on the BNB Chain side — as of March 14, 2022 BNB pricing of ~$373.
More specifically, gas fees on the BNB Chain side of the bridge will be about ~250,000 gas units (~$0.47 worth of BNB) and on Findora’s side about ~370,000 gas units. (about $0.000087 worth of FRA). Bridge transactions consist of a deposit transaction on the BNB chain side and 3 transactions (1 execution and 2 voting) on the Findora side. The entire bridge transaction typically takes less than 30s to complete under normal conditions.
Below are the key steps to perform on Rialto Bridge to move assets over from a source network (such as BNB Chain) to a destination network (such as Findora networks).
Read the ninth Findora Academy entry in its entirety here.
–