Skip to content
Posted inEcosystem How It Works
March 23, 2022 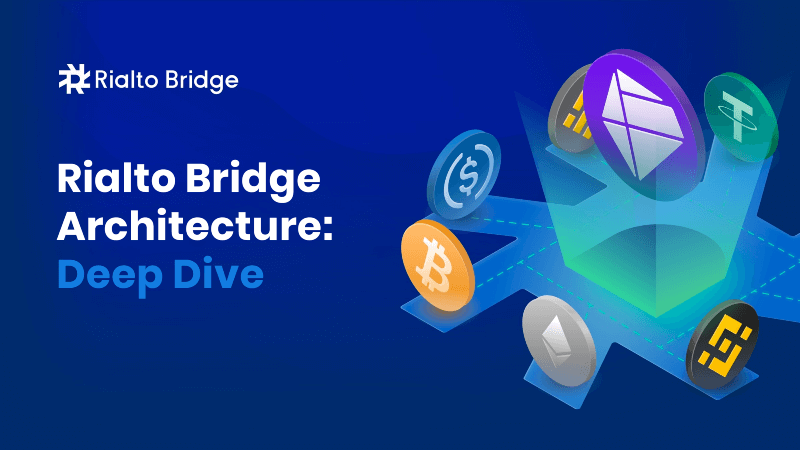 Welcome to our second article discussing the newly launched cross-chain bridge, Rialto, that connects Findora to BNB Chain (and, later on, other EVM-compatible blockchains like Ethereum).

Rialto is the first cross-chain bridge built to access the growing DeFi market of privacy Dapps being deployed on Findora, including decentralized exchanges (DEXs) such as FairySwap🧚‍♀️ and Venice.finance. Be sure to visit these project links to check for any APY promotional campaigns.

In this article, we will go into a deep dive on the technical architecture of Rialto. See the first article for a broader overview.

Rialto, at its core, is a message-passing protocol, through which events and transactions on a source chain are routed to a destination chain. The architecture of Rialto relies on proposals created by relayers located on the target (or destination chain) chain and these proposals must be approved by other relayers. On the target chain, approval voting also occurs and the transaction is executed only after a voting threshold is passed.

Before any asset can be transferred between chains, a bridge must be set up between them. A set of contracts must be deployed on the source chain as well as the destination. These contracts (Bridge, Handler, Token) will define the behavior of the bridge.

A set of relayers must also be deployed in order to facilitate the transfer in a decentralized manner. These relayers are configured with the RPC endpoints of each chain and are responsible for voting and triggering the execution of the transfer.

The user will first send an approval for the deposit of a specific amount.

#9 Findora Academy 💟 | How to Use Rialto Bridge — A Mini Tutorial