Skip to content
Posted inEcosystem Education How It Works
March 22, 2022 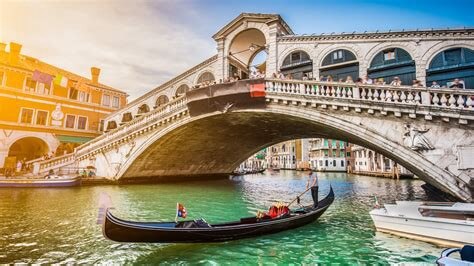 A Cross-Chain Bridge Connecting Findora to EVM Compatible Blockchains. For a deep-dive into the architecture of the bridge, check out part 2.

In the 9th Century, the now-famous Rialto Bridge connected the first marketplace in Venice to the global markets in the Mediterranean and Asia. Now Findora’s Rialto bridge connects the world of DeFi to the more private future of privacy finance (PriFi).

In addition, as the Findora blockchain supports programmable privacy via zero-knowledge proof cryptography as a core feature, upcoming releases of Rialto will enable users to confidentially transfer assets from EVM-compatible chains to Findora. This means Rialto bridge users can maintain their privacy over the amount and type of assets sent from the original blockchain to the Findora blockchain — welcome to the world of PriFi!

What is a Blockchain Bridge?

A blockchain bridge (aka cross-chain bridge) lets two or more blockchains communicate with one another, which allows users to send and receive tokens from one chain to another without having to trust a central intermediary. Before trustless bridges, users had to rely on centralized exchanges to facilitate the transfer, which could cost as high as 10% of the value of the transaction and required users to give exchanges custodianship of the private keys holding their assets.

Rialto is a multidirectional bridge that connects many different ecosystems to Findora as a liquidity hub for privacy.

What Can Rialto Bridge and Findora Do?

Rialto will connect Findora to the broader world of decentralized finance (DeFi), starting with BSC. Users will be able to send tokens between BSC and Findora trustlessly.

Findora is a public layer-1 blockchain with built-in data privacy features enabled via zero-knowledge proof (ZKP) cryptography. It features a dual-layer architecture: a native chain that supports ZKPs to setup confidential transactions and a smart contract chain built on top which is fully EVM-compatible. Users will thus be able to migrate assets to Findora from BSC, Ethereum and other EVM-compatible chains.

By being able to connect to other blockchains, Findora extends its native privacy across DeFi. Users will be able to migrate liquidity and assets to the Findora blockchain and create applications built on its privacy foundation such as conducting confidential transactions and, later on, verifying and computing data stored on Findora in a zero-knowledge fashion.

This project is part of a broader PriFi trend, where users not only control their own data and assets, but also have privacy over their data and asset ownership. This fulfills a key part of the vision for Web3, and will be the next major push for DeFi to reach more mainstream adoption.

How it Works (High-Level Overview)

Rialto is a fork of the Chainbridge open-source project built by Chainsafe, with some modifications made to support Findora’s EVM implementation.

Most cross-chain bridges have similar protocol components, which typically include:

Rialto shares these similar components to support the cross-chain bridging use case on Findora.

Rialto is the first cross-chain bridge built to access the growing DeFi market of privacy Dapps being deployed on Findora, including decentralized exchanges (DEXs) such as FairySwap🧚‍♀️ and Venice.finance. Through Findora’s EVM compatibility, there are likely to be many more cross-chain bridges built to connect different ecosystems to Findora as a liquidity hub for privacy

Now that the testnet Rialto bridge’s “Shaking Up the Bridge” testnet campaign with up to $5m in incentives is complete, a new $5m Rialto (mainnet) Bridge fee reimbursement campaign is ready to launch.

In celebration of Rialto’s mainnet launch and Findora’s cross-chain entry into the EVM ecosystem, the Findora Foundation is allocating up to $5 million USD worth of FRA tokens (from the $100M Ecosystem Fund) to reimburse users’ bridge gas fees. The BSC-to-Findora bridge fee reimbursement promotion is live until May 15th, but may expire earlier if the $5m promotional budget is paid out earlier due to high demand. Later on, a separate Ethereum-to-Findora bridge fees reimbursement promotion will be launched as well. To qualify for reimbursement, you must transfer at least $50 worth of tokens from BNB Chain to Findora. Join Discord to view full eligibility criteria.

Finally, if the bridge transaction is bringing assets into the Findora network, then any FRA bridge gas fees due on the Findora side will be 100% prepaid by the bridge. Stay tuned for further details on claiming your bridge fee reimbursement.

Edit: to learn more about how Rialto works, check out our deep dive here or our Rialto Bridge workshop.

Go to https://rialtobridge.io to migrate your assets to Findora today.