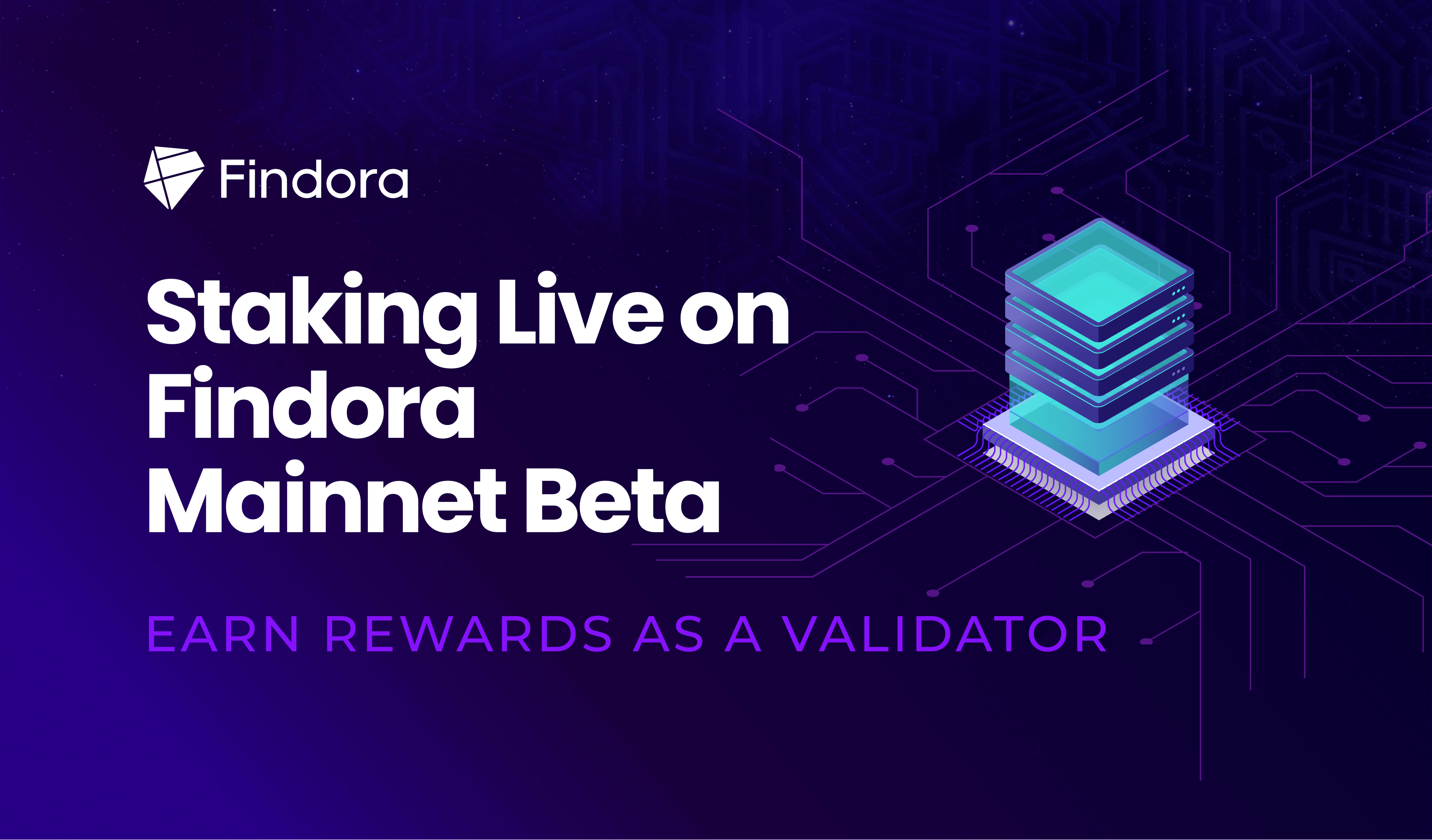 After over three months of adversarial and stability testing on Findora Anvil Testnet, staking and delegation is now live on Findora Mainnet Beta through the release of Findora v0.2.0.

The Findora v0.2.0 release on Findora Mainnet Beta includes support for staking, delegation, and a major refactoring of existing code. Findora v0.2.0 has undergone extensive testing on Anvil testnet through the Findora Frontier staking incentive program where 75 validators from all over the world were invited to help test the latest release. In addition to the incentivized Findora Frontier validators, dozens more freely contributed by running validator nodes to support the testing.

Validators on Findora Mainnet Beta can contribute to consensus, participate in future governance, and act as stewards of the organic evolution of the Findora public network. Validators can algorithmically earn block rewards for proposing and signing blocks on Findora as part of the consensus process. For example, if the percentage of circulating supply staked is 2%, then the Findora network will distribute an annualized 268% rewards rate to incentivize more FRA holders to stake.

As part of the Findora tokenomic design in addition to validators being rewarded for good behavior by participating in consensus, the Findora PoS implementation also punishes validators for bad behavior such as double signing, and validator downtime. The “slashing” penalty protects the Findora public network from adversarial attacks.

The Findora public blockchain is completely permissionless, meaning anyone can operate a validator and contribute to consensus. No special permission or authorization from anyone is needed to operate a Findora validator on Testnet or Mainnet Beta.

With the v0.2.0 release on Findora Mainnet Beta, FRA token holders can now elect to delegate their stake directly to other validators to support the public network without technically running a validator. Delegators can share rewards with validators based on fee splits determined by each validator in their discretion. Delegators can set up, and manage their delegation via the Findora reference wallet, or any other platform that supports delegation on Findora.

If you are a validator operator that is interested in staking on Findora Mainnet Beta, or a developer interested in building on Findora, then you can start by reading the documentation, joining the Discord channel and applying for a grant through the Findora Foundation website.

Findora is a public blockchain with programmable privacy. Originally conceptualized as a university cryptography research project in 2017, and finally launched to the public in 2021, Findora utilizes the latest breakthroughs in zero-knowledge proofs and multi-party computation, to allow users transactional privacy with selective auditability.