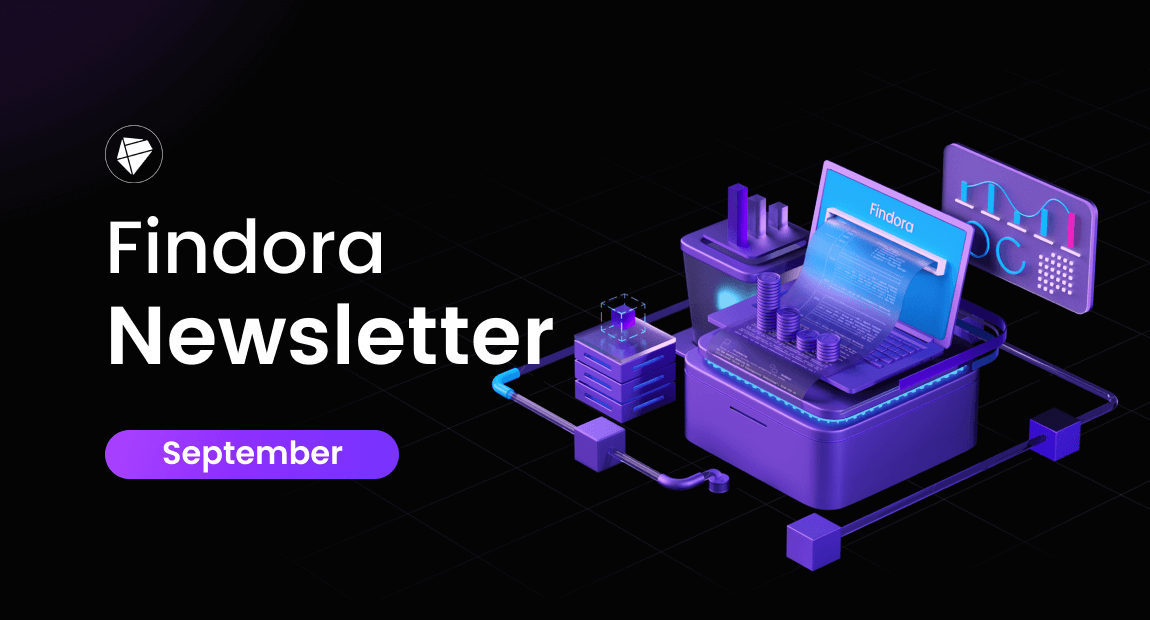 September marks a major milestone in the Findora ecosystem: developers can now deploy smart contracts via the Ethereum Virtual Machine (EVM) on the Findora Developer Network (Devnet), which is running Findora v0.3.0, and build trustless bridges between Findora and Ethereum compatible networks.

The Findora EVM is based on the Frontier Ethereum compatibility layer — part of Polkadot’s Substrate framework. Therefore, smart contract programming languages such as Solidity, tools such as Remix IDE & Truffle, as well as token specifications such as ERC-20 & ERC-721 found in the EVM platform are all compatible with the Findora EVM.

Findora EVM compatibility means that developers can now use Findora to:

If you are a developer that is interested in building on, or contributing to Findora, then read the documentation, and join the Discord channel for more information. Start building on Findora today and apply for a grant with Findora Foundation to help scale your growth.

With the v0.3.0-beta release on Devnet, Findora’s native FRA token will also be compatible with the ERC-20 standard, which means FRA can be used in MetaMask to access the growing Ethereum DeFi ecosystem of DApps. Anyone can set up an account on the Findora EVM via Devnet, import it to Metamask, fund it with FRA (EVM) tokens via the Devnet faucet and start playing with DApps.

With so many exciting projects announced and in development, the best place to keep on top of Findora development activity is by following and contributing to the action on Github; Findora’s open global developer community is growing and new developers are always welcome to come audit, test, and contribute to the various open repos across the Findora project.

In addition to Github, more documentation can be found on the Findora Wiki.

Among other items, you’ll find how-to guides such as Validator Setup, Wallet Integration, and Findora EVM. The Findora Wiki is an open source project maintained by the Findora Foundation. Pull requests from community contributors are highly appreciated!

Always getting the word out about Findora, and there was no shortage of appearances in September.

After sitting out the past few episodes, Findora Advisor Dr. Whitfield Diffie caps off Episode 11 with a quote that really needs to be heard. Let’s just say it involves the future of humanity, and… cyborgs? Check out the Coins Podcast series here.

Discreet Labs’ VP of Product, Warren Paul Anderson, continued his tour of duty across the podcast circuit throughout September. His first stop of the month found him chatting with Tony Edward of “Thinking Crypto” podcast and YouTube show. Warren discusses his role at Discreet Labs and working on Findora, as well as the crypto market at large, Bitcoin, NFTs, and more.

In this episode, Warren speaks with Ashton Addison of the CryptoCoinShow about Findora’s focus on privacy protection and preservation, zero knowledge proofs, multi-party computation, and institutional investment in the crypto space. They also cover some of the core pillars of Findora development..

An Interview with Fotis Georgiadis at Authority Magazine

The Future Is Now: Warren Paul Anderson of Discreet Labs On How Their Technological Innovation Will Shake Up The World Of Finance

In this all-encompassing interview with Authority Magazine — later syndicated with the very influential Thrive Global, Warren shares some personal stories, discusses the future of Zero-Knowledge Proofs, and of course, blockchain privacy. All that and much, much more.

“Catch success by not giving up. Nowadays it’s relatively easy to start something whether it’s a blog, podcast, newsletter, social media account, or even a club, community or company. There are so many free tools, platforms, and resources online dedicated to starting x, y, z. But there are far fewer resources available on how to finish something, and find success. I have personally started several companies, published multiple blogs, and each time have learned that by simply not giving up, you put yourself in position to catch success.”

In our last newsletter, we mistakenly provided an incorrect link to Warren’s panel. Here is the correct video.

From August’s newsletter: Discreet Labs’ VP of Product, Warren Paul Anderson, took part in MPC21 to discuss digital wallets, Central Bank Digital Currency (CBDC), and the right to privacy on blockchain. He was joined on the panel by Ricardo Correia, Michael Sung, and moderator Aly Madhavji.

Findora Foundation and Findora ecosystem developers, including Discreet Labs, are hiring now for many positions available in areas such as Engineering, Community, and Marketing.

Discreet Labs has been making the rounds on the blockchain circuit, talking all things programmable privacy and, of course, Findora. Keep your eyes peeled on Twitter and wherever you get your Findora news for links to all these conversations and videos!