Skip to content
Posted inNewsletter
Posted by By James Feng August 7, 2021No Comments 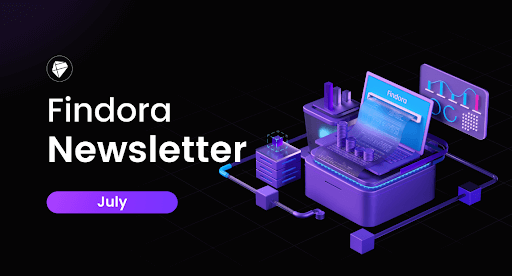 Frontier Campaign, Validator Community and Beyond

On July 1, 2021, Findora v0.2.0 was released on Anvil Testnet. This release introduced several new features to Findora, including changes to Findora’s consensus mechanism to support Proof-of-Stake (PoS), as well as a significant refactor of existing codes.

So far the community has shown a great enthusiasm towards staking on Findora, with hundreds of application submissions received from over 30 countries for the Findora Frontier staking incentive program on Anvil.

Theoretically, a greater and more equally distributed validator demographic equals a more decentralized and democratic level of governance. It’s fantastic to see such a geographically diverse community respond with high engagement towards the opportunity of participating in network governance.

Learn more about validator setup on the Findora network from the documentation and read about the release and updates from the changelog. If you are a validator or interested in staking on Findora, join our Discord channel now to make sure you are updated with the latest network status.

Hundreds of devs are chatting on Findora's @discord server about validator set up, sending private transactions, and issuing private tokens. Slide into the conversation 👉 👨🏽‍💻👩🏻‍💻https://t.co/hScmOlBy4i

Desktop Wallet with staking function is now live on Anvil testnet, which can be used to store, transfer (non-confidentially and confidentially), stake, un-stake and claim FRA test tokens. Delegators can now participate in and help secure Findora’s Anvil testnet with one click using this user-friendly interface. Go to the #👛 wallet channel on Discord to share your feedback or responsibly disclose any exploits to bugs@findora.org.

A node analytics page embedded in the block explorer featuring validator information (e.g. Name, Vote, Commission Rate) has  also been implemented. These stats are of importance for delegators when constructing their delegation portfolio —  this dashboard will continue to be updated to provide an intuitive staking experience. We hope you have fun playing with faux tokens and highly recommend exploring Findora’s tokeomics mechanism and the FAQ page to understand the best strategy to maximize token rewards.

After the integration of @FindoraOfficial on BSN, users inside and outside China are able to develop financial DApps with confidentiality.
Here is the technical guide for you to learn how to build Findora using BSN. https://t.co/StzeCmiiWm

Go to api.findora.org to see the full list of Findora API endpoints. Currently,  a limited set of APIs have been released on Findora to enable developers to experiment with its privacy-preserving, confidential transfer feature before more programmability is released in the upcoming months.

The Findora community is getting the word out.

“The real vision (behind Findora) is being able to enable a more private, self-sovereign, decentralized future for individuals in the digital economy.”

Discretion (the Findora Podcast) Episode #3 : ‘How Findora Is Different’

Discretion is a weekly podcast by Discreet Labs in which VP of Product Warren Paul Anderson delivers the latest news from the team, including product updates and developments, community updates, events, and commentary about the state of blockchain and decentralized finance (DeFi). Subscribe to our Youtube channel: findora.org/youtube.

Episode 3 explores many of the ways that Findora is different from other projects out there, such as how it brings privacy to the public blockchain.

Mike Lin, Senior Product Manager at Discreet Ltd hosted the first episode of a series of training sessions to help validators get the best experience out of staking one Anvil Testnet. Dive in to check how you can spin up a validator node on Anvil Testnet.

In this month’s Meet The Team series, we featured Humphrey Polanen, one of the advisors to Discreet Labs. 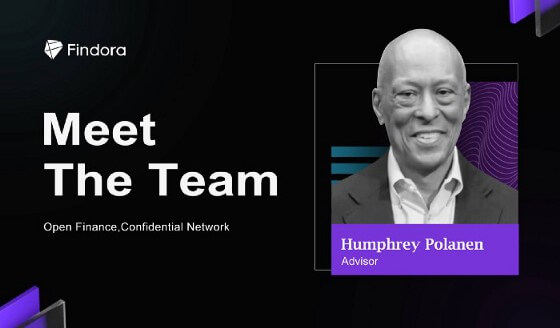 With extensive experience in financial services, banking, cyber security, technology, and encryption (started as a lawyer and later being recruited to a leadership role at Sun Microsystems, as well as co-founder and board member of a Silicon Valley bank), Humphrey offers “strategic advice on technology based solutions for banks and financial institutions. Institutional advocacy with global policy makers”. Story time now.

Findora Foundation and its ecosystem developers, including Discreet Labs, are hiring now for many positions available in areas such as Engineering, Community, and Marketing.

On August 15, Warren will be presenting at the upcoming REIMAGINE V10.0: “Tenth Anniversary Edition” (the world’s largest blockchain education event with a network of 100+ universities and partners)along with other industry leaders to share his insights. 👉 Register now.

On August 19, Warren will attend MPC Digital Commerce Event as a panelist of PANEL: DIGITAL WALLET & PRIVACY PROTECTION, to discuss digital wallet & CBDC for the future, and much more. 👉 Register now.