Findora Testnet (Anvil) Beta v0.2.0 has been released, with support for staking, delegation, rewards, and penalties. Findora Beta v0.2.0 is running on Tendermint Core implemented in the Rust programming language.

Starting with v0.2.0 validators on Findora can algorithmically earn block rewards for proposing and signing blocks on the network, in addition to participating in future governance.

Validator operators can set up, operate and manage their servers via a command-line interface (CLI) tool. The documentation for setting up a validator is available now, and you can join the Discord channel for more information. 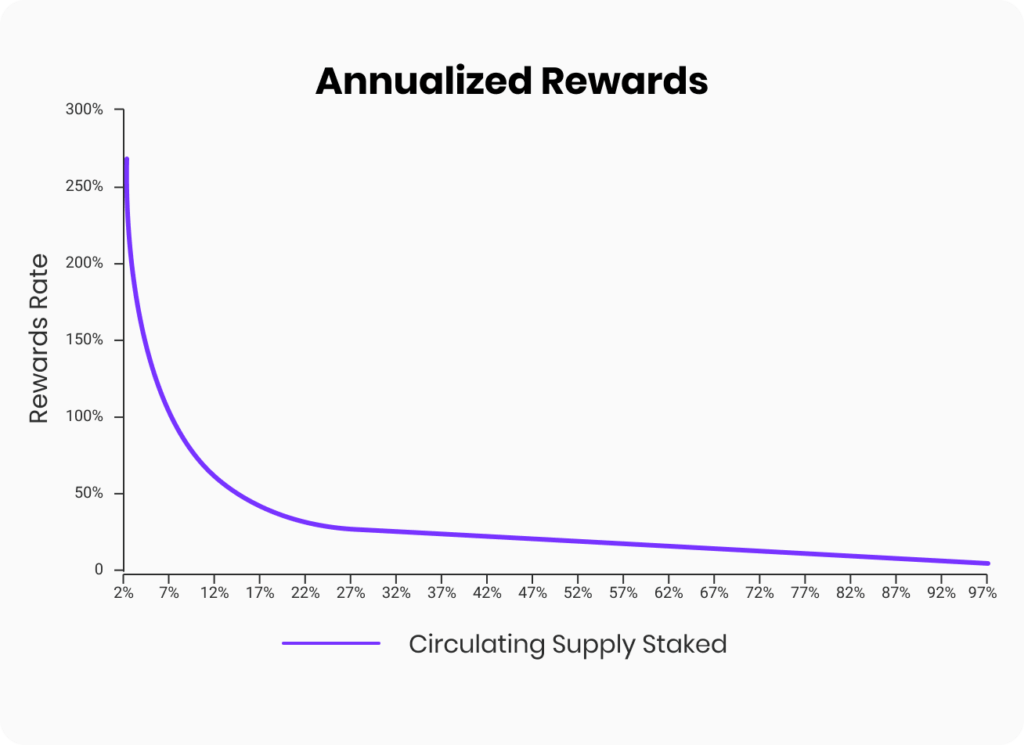 The Findora tokenomics model has been designed to incentivize a secure PoS consensus process, and FRA token holders can earn rewards by running a validator to stake FRA tokens (or delegate tokens to a validator for staking).

FRA rewards are minted from every new block as a coinbase transaction. An initial allocation of 420m tokens has been set in the genesis block for block rewards, with up to 2.73b tokens allocated for block rewards, which can be modified via future governance voting.

The Findora network is completely permissionless, meaning anyone can operate a validator and contribute to consensus. No special permission or authorization from anyone is needed to operate a Findora validator.

The Frontier program was launched with Findora Anvil Testnet to incentivize validators on the Findora network, and help support a healthy and organic development. If eligible, a participant’s FRA token rewards will be delivered into a 1-year locked stake account. The number of FRA earned per stage will be determined by the spot price of USD/FRA on the last day of each stage.

Apply here if you are a validator who is interested in participating in the Findora Frontier staking incentive program on Anvil testnet.

Findora at Bitcoin 2021 in Miami

Bitcoin 2021 took place June 4-5 at the Mana Wynwood Convention Centre and drew together some of the most innovative and forward thinking members of the crypto community.

Warren recapped his experience at the event, and you can check out his conclusions over on our website.

Massive thanks to the whole community and to @BigAwards Business Intelligence Group!https://t.co/utYU9iy5BX

This month, the Business Intelligence Group bestowed the ‘Fortress Cyber Security Award’ for 2021 upon Findora, an award that recognizes products and services which protect and secure data and electronic assets “among a growing threat from hackers.”

The award comes after Findora successfully passed two rigorous security audits over the past few months, the most recent of which was conducted by esteemed blockchain security firm Halborn.

We welcomed Warren Paul Anderson to the team!

This month, we announced that Warren Paul Anderson joined Discreet Labs to lead our Product team as its new Vice President. We created this position to accommodate Warren’s vast and unique experience, expertise and skill-set which was developed over the course of several key roles he has performed in the blockchain, crypto and digital finance sectors.

Before joining Findora, Warren worked at Ripple in a senior-level Product Management role where he led cross-departmental multidisciplinary teams on the development, launch and maintenance of various products, platforms and protocols. These included RippleX (formerly known as Xpring), On-Demand Liquidity (formerly xRapid) and the XRP Ledger.

Warren was brought onto Discreet Labs to build out and execute the product vision and strategy of the Findora network, working closely alongside our growing ecosystem of contributors, partners, validator nodes, and users.

As Discreet Labs continues to grow, its demand for the brightest minds in blockchain grows with it. There are open positions available globally across Engineering, Marketing, Product, and Business Development.

Those interested in joining Discreet Labs’ talented, friendly and passionate crypto team are invited to apply to the open positions at lever.co or get in touch with the team directly.

In this week’s episode, Warren introduces Proof of Stake (PoS) consensus rewards and penalties on Findora Testnet, called ‘Anvil’. This episode also features discussion about the Findora Frontier staking incentive program, which was created to help defray some of the validator costs.

Last week, Warren dissected the concept of ‘applied cryptography’ a term that has recently been applied to blockchain and its commercial, financial potential. He also covered some of the unique ways that Findora leverages zero-knowledge proofs for privacy and auditability. Finally, Warren discussed the latest developments made to the Findora technical design and codebase.

Also, you can view the inaugural episode (titled ‘Episode 0’) on our YouTube channel.