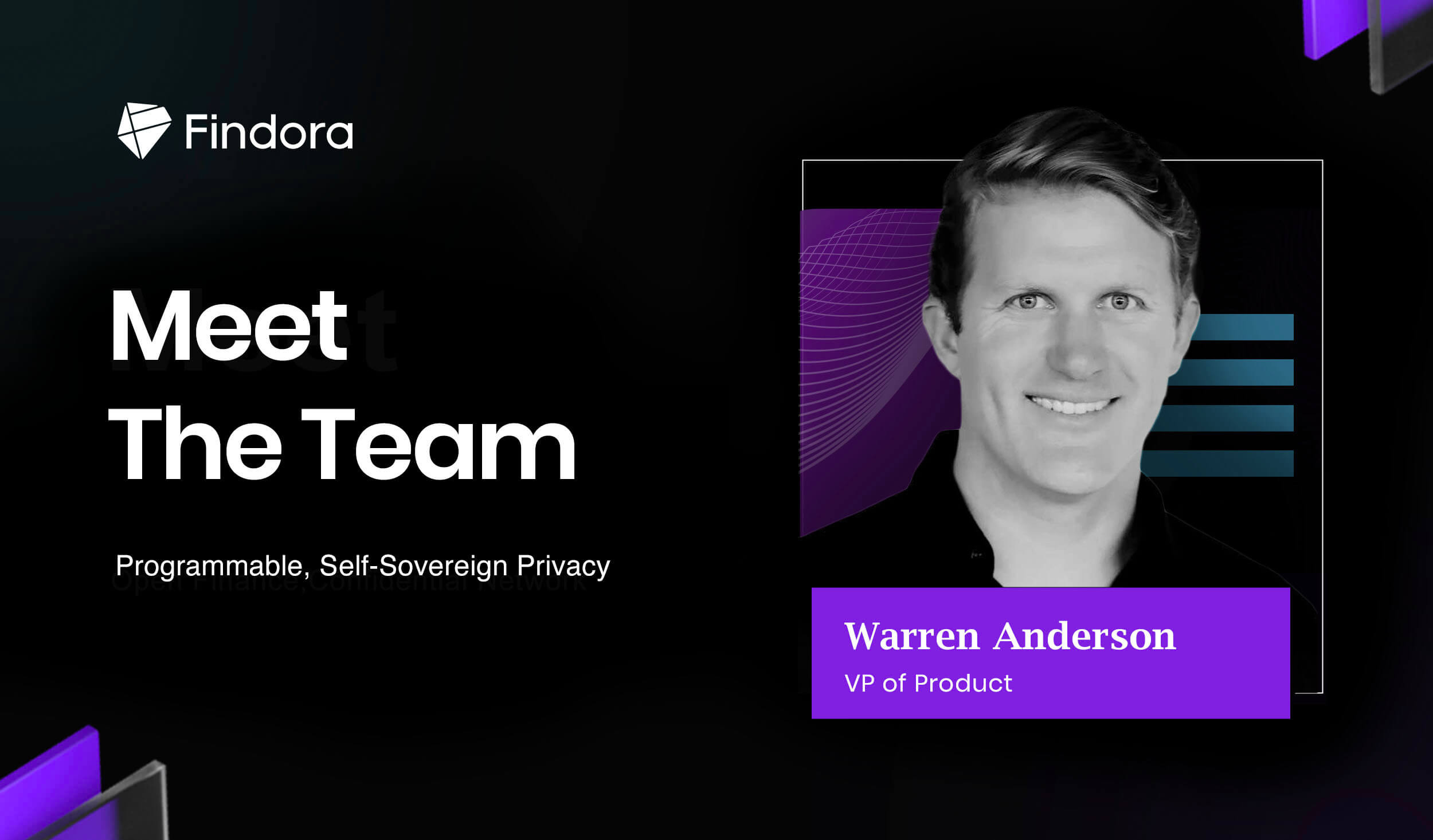 Discreet Labs, the developer of Findora, a next-generation public blockchain focused on programmable, self-sovereign privacy, today announced that early blockchain pioneer and former Ripple product leader Warren Paul Anderson has joined the project’s sponsoring laboratory as Vice President of Product. In this newly created position, Anderson will work with the growing ecosystem of contributors, partners, validator nodes, and users on the product vision and strategy of the Findora network.

Anderson is a seasoned veteran of the crypto industry, first working with Bitcoin in 2011 as a miner, where he gained insight into the unique properties of the Bitcoin blockchain, and how it works. In 2014 he co-founded Hedgy, which before being acquired, was one of the first DeFi platforms to build smart contracts for financial applications using Bitcoin script and native multisig. This allowed Bitcoin miners to atomically hedge their exposure to volatility in a more trustless manner

After spending two years on the YEx Advisory Board at the Nasdaq Entrepreneurial Center, Anderson joined Ripple, where he spent the last four years working on various products, protocols, and platforms. His accomplishments at Ripple included launching the open developer platform called RippleX, creating and launching Ripple’s on-demand liquidity product previously called xRapid, working on the Java implementation of Interledger, leading core protocol development on the C++ team, which maintains the open-source XRP Ledger, and leading Ripple’s data team on the development of its data infrastructure.

“I am thrilled to be working on Findora and the broader Discreet Labs portfolio of work as I firmly believe in its mission and sensible approach to privacy in building the future of open finance,” said Anderson. “Findora has already published landmark breakthroughs in zero-knowledge proof technology and is just scratching the surface on the implementation side. I look forward to working with the various teams across the Findora network to help solve real-world problems at scale using privacy-preserving technology.”

After an action-packed start to 2021 that saw the launch of Mainnet Beta and dozens of integrations throughout the industry, Discreet Labs’s recruitment of top industry talent is a sign of a maturing project with high upside. In addition to Anderson, Discreet Labs announced the following recent hires:

As Discreet Labs continues to grow, its demand for the brightest minds in blockchain grows with it. There are open positions available globally across  Engineering, Marketing, Product, and Business Development. Those interested in joining Discreet Labs’s talented, friendly and passionate crypto team are invited to apply to the open positions at lever.co or get in touch with the team directly.