The following interview is translated from an interview with Dr. Whitfield Diffie, Senior Advisor to the Findora Advanced Research Institute, which originally appeared in the publication ODaily.

This interview covers topics including: the invention of the Diffie-Hellman key-exchange algorithm, the boundary of security in the internet of today, quantum threats, the importance of privacy protection, synergy and conflict between privacy protection, supervision and business regulations, and more… 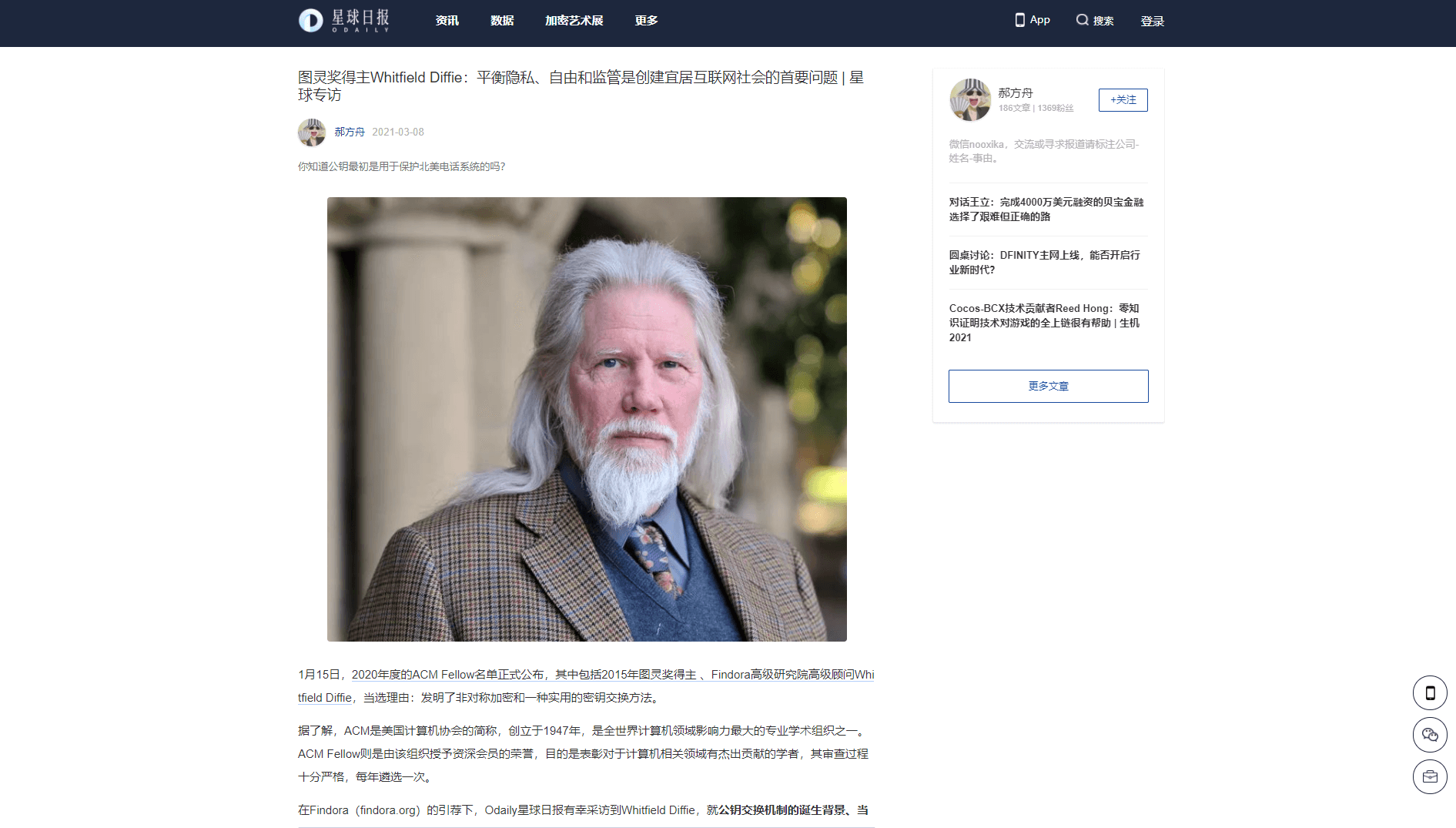 Odaily (O): First of all, congratulations on being named one of the ‘2020 ACM Fellows’:

Dr Whitfield Diffie (D): “I have had an extraordinary amount of good luck! I had indeed had a casual interest in cryptography since I was in fifth grade, but what is now almost fifty years ago, an accident led me to working full-time on the subject.

“Larry Roberts, who was funding one of the predecessors to the Internet, approached Howard Rosenblum, Deputy Director for Research at NSA about security for the ARPANet. They couldn’t agree about whether the work should be secret or public and parted without starting a research program. “

“Roberts discussed his interests with John McCarthy, who was supporting my work at Stanford University and McCarthy in turn discussed it with me. I became fascinated, and before long, I was working on cryptography full time.

“At that time, we saw network security and cryptography as synonymous [but] today we would see that quite differently.

“Our networks are now well encrypted and STILL they are not secure.”

D: “What I was thinking about when I discovered public-key [encryption] was modeled
on telephones, and my idea was to securify the entire North American telephone system and potentially the whole world’s telephone system.

“I had a very individual, rather than institutional, view of security. I considered a call insecure if anyone other than the two conversants could understand it. That meant you needed a unique key that no one other that the two people talking (that is to say their phones) knew. If you are talking about three-hundred million people, that means a billion billion keys. A whole new sort of cryptographic approach was needed.

“Once you have public-key cryptography there are lots of things you can do with it and it was promptly used to improve well-known activities like encrypting dedicated links. Public-key cryptography was adopted remarkably fast and the first commercial products appeared in the early 1980s.”

O: Today, the Diffie-Hellman key exchange proposed by you and Dr. Hellman is the foundation of Internet security.

D: “The need for what you can get from Diffie-Hellman [which is]: a novel key, not knowable by anyone not involved in the negotiation that created it. [As such, it] is unlikely to go away or perhaps even to change.

“On one hand, the techniques used to achieve that result have changed since Marty and I first proposed it, and may well change again.

“At present, the most talked about reason to expect change is the promise of ‘quantum computing’ – a process that, put simply, allows a chip to multiply its computing capacity by the number of atoms in the chip. If quantum computing comes through as the physicists hope, it may resolve issues pertaining to intractable protein folding and scheduling problems that confront biotechnology and engineering.

“On the other hand it may make breaking Diffie-Hellman easy and extinguish its security. Thus, the development of quantum-resistant or post-quantum cryptographic algorithms has become a pertinent area of research in cryptography.

“[For Example:] there is a major project underway in the U.S. National Institute of Standards and Technology to develop such algorithms, and it would not be surprising to see one of those superseding ‘Diffie-Hellman’ at some time in the future.”

O: During the New York Consensus Conference in May 2018, you mentioned blockchain and cryptocurrency, saying that this technology represents a “resurrection” of your work to help individuals to enhance privacy since the 1970s.

“For a while, individual privacy had no chance against technological developments in communications, [but] in the long run [I believe that] few issues will be as of broad a concern as privacy.”

O: In a world with high interconnectivity, digitalization and strong regulation, are there any scenarios where privacy must make way to transparency?

D: “It seems more a matter of fact than of principle.

“Powerful institutions from large corporations to governments have been successful in violating the privacy of people’s private lives.”

O: How can privacy, freedom, and regulation strike a balance on the Internet?

D: “This may be the foremost problem in creating a livable internet society.”

O: Regarding the balance between privacy, freedom and regulation, are there any other good solutions?

D: “A look at Findora’s Litepaper shows the reader that Findora is thinking about the right problems.”

“Blockchains have many of the same problems that cryptographic systems had in the past: they have to mesh with existing commercial and government processes.”

“Cryptocurrencies, in particular, have the paradoxical quality of needing both to support confidential transactions and to be openly auditable by the entire community. Findora has set itself a difficult set of problems but appears to be well on its way.” 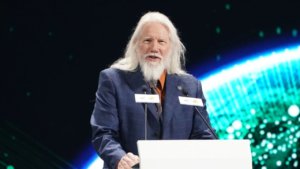 Dr. Whitfield Diffie is renowned for driving significant innovations that ushered in improvements with a particular focus on the computing field of ‘cryptography’. His most widely-known achievements include the invention of asymmetric key encryption (also known as public key cryptography) and one of the first practical cryptographic key-exchange methods: the “Diffie-Hellman Key Exchange”.

Dr. Diffie’s accomplishments have been widely recognized such as in 2015 when he was the co-recipient of the Turing Award alongside one of his research partners, Martin Hellman. More recently, in early 2021, the Association for Computing Machinery (ACM) named 95 members 2020 ACM Fellows, including Dr. Whitfield Diffie, senior advisor to the Findora Advanced Research Institute, Turing Award winner, and inventor of asymmetric encryption.

ACM, the Association for Computing Machinery, is the world’s largest educational and scientific computing society, founded in 1947. The ACM Fellows Program, initiated in 1993, celebrates the exceptional contributions of the leading members in the computing field. Fellows are nominated by their peers, with nominations reviewed by a distinguished selection committee.