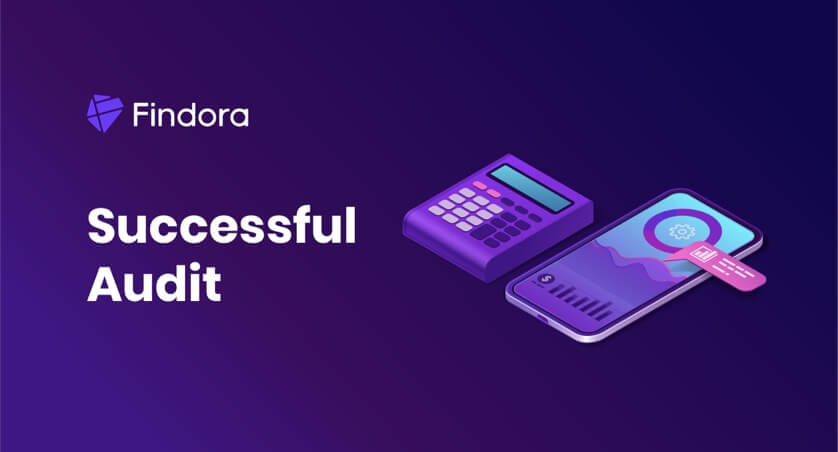 Palo Alto, CA, March 23, 2021 — The Findora Foundation (“Findora”), a next-generation blockchain focused on protecting data privacy and fostering growth in the DeFi space, today announced the completion of two comprehensive security audits from Halborn, a leading blockchain security firm. Concluding this process marks one of the final hurdles Findora needed to clear ahead of making its services available for enterprise and public consumption.

Halborn brings award-winning, ethical hackers and blockchain specialists into projects such as Findora to protect the services and apps working directly with its preferred protocol from cyber attacks. The firm offers an array of services including advanced penetration testing, security advisory, DevSecOps automation, and smart contract audits. For its engagement with Findora, Halborn brought in a full-time team of security engineers with deep knowledge in multiple blockchain protocols and cryptographic standards to vet Findora’s platform over an intensive three-week period.

According to the final report, the audit found that “the ledger protocols and intended functionality is well documented by the Findora team.” Furthermore, it found that “cryptographic algorithms and protocols utilized in the ‘blinding factor’ and the zero-knowledge proofs implemented via the XfrProofs are strong, with a high level of entropy that is resistant to being cracked.”

“As the convergence of centralized and decentralized finance unfolds over the coming years, we’re exceptionally fond of new layer 1 protocols taking big swings on the foundational layers,” said Rob Behnke, CEO of Halborn. “We’re bullish on Findora’s team and look forward to helping further its mission.”

The engineers at Halborn performed a combination of manual view of the code and automated security testing to balance efficiency, timeliness, practicality and accuracy in regard to the smart contract audit, issuing a series of valuable recommendations for Findora’s engineering team to implement but finding no critical vulnerabilities that would prevent a timely public launch.

“We are privileged to work with an industry-leading blockchain security firm in Halborn and are thrilled to announce the positive results from their thorough audit of Findora’s ledger and wallet,” said David Lin, VP of Engineering at Findora. “We know how eager and patient our community of investors, partners, developers, and users have been since our public sale concluded in January, and today’s findings solidify our plans to launch on March 30.”

Following the conclusion of this rigorous security audit, Findora is now able to firmly commit to its late-March release date. It also marks a significant and positive inflection point in Findora’s path to token distribution, exchange listing, and open source code release.

Findora employs a unique approach and solution to building the future of global decentralized financial infrastructure, one rooted in speed, privacy and efficiency, and one that sets it apart from the pack. Among other differentiators, Findora’s unparalleled privacy and data security features makes it the best hub for storing the world’s financial data, and this data can be seamlessly moved and transacted across applications and parties. To achieve that goal, security remains the Foundation’s top priority and is fundamental to achieving widespread adoption and building global trust.

To access the audit reports please click here. If you would like to learn more about Findora, please make sure to drop by the Findora Community hosted on Telegram at https://t.me/findoraen or visit https://findora.org/.