Skip to content
Posted inNews
Posted by By Maggie Wang January 9, 2021No Comments 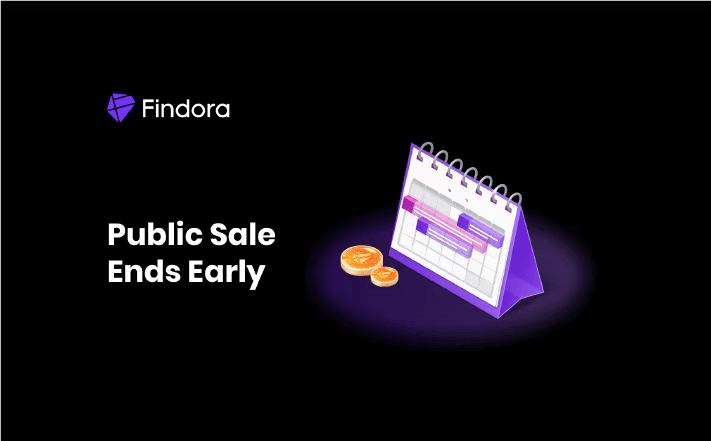 After careful consideration of the current market situation combined with numerous requests from our community and early purchasers, the Findora Foundation has reached the decision to close the token sale two days earlier than originally planned. As such, the sale has now concluded as of January 9, 2021.

We would like to thank everybody who took part in the event, consisting of enthusiastic supporters from over 70 countries worldwide who have contributed to what we believe to be a firm step towards decentralization of Findora’s development and governance.

Findora is fully geared to grow its team and launch its Mainnet, which remains on track for Q1 2021. The Findora Mainnet is the flagship technology behind the Findora Foundation’s ambitious DeFi undertaking, combining industry-leading privacy features, compliance, and scalability in a democratic ecosystem . Furthermore, the entire Findora engineering and marketing contributors’ group is currently highly focused on final testing, code auditing and overall preparation for the anticipated mainnet launch. We will make confidential payments and selective tracking features available, showcasing the power and versatility of our open financial network.

Whilst final statistics are currently being calculated and we hope to make these available soon, we are confident about a smaller initial and first year token supply and circulation and we’re currently in the process of releasing more information.

To support the growing ecosystem, Findora is expanding its product and engineering teams with open roles for Cryptography, Full-Stack and System Engineers along with several other positions. Anybody interested can view our current job openings at https://jobs.lever.co/findora