Skip to content
Posted inThought
Posted by By Maggie Wang January 18, 2021No Comments 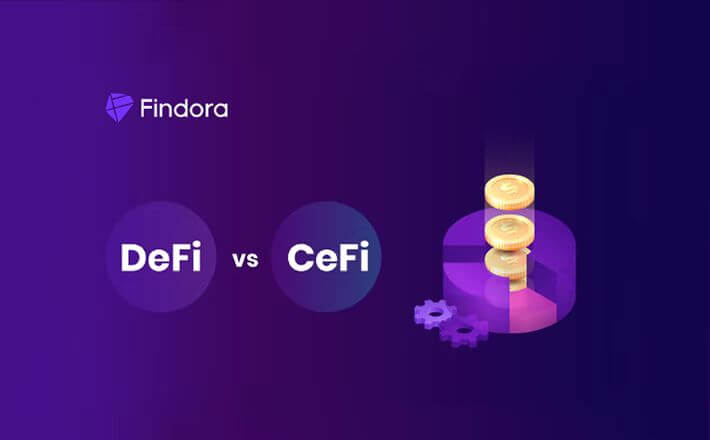 We are building Findora, an open financial network which relies on decentralized network principles. Findora will act as a platform which features a robust set of features, enabling a diverse range of decentralized applications (or ‘dapps) and cryptographic tokens to be created.

Centralization refers to the source or position of the entities which effectively control the industry. This represents problems for many as these centralized institutions hold much of the power as well as means of currency production (in this case, ‘fiat’ forms of money such as the US Dollar) as well as the systems used to control financial services such as the lending of capital and more.

As such, it creates a disparity between service providers and service users. Such institutions include everything from governmental authorities, such as the Federal Reserve, to private global corporations, such as centralized banks. Centralized finance is considered by many to be outdated because this disparity of power results in such institutions and systems being ‘set in their ways’, leading to inefficient methods and overall service quality. Another problem this leads to is uncapped inflation, with interest rates etcetera being controlled by authorities whose power is difficult to challenge.

This is part of the reason that the likes of cryptocurrency, blockchain, and more recently DeFi have come into prominence and are even superseding many established CeFi services. That said we would like to stress that we do not believe that there needs to be a dichotomy between CeFi and DeFi, but rather there is much to be learned and adapted from each other in both directions.

DeFi is one of the latest buzzwords to be associated with blockchain technology.

A blockchain is a decentralized network of validators which operates an automated, cryptographically encrypted form of bookkeeping central to the provision of decentralized forms of currency and financial services. The first popular and real life implementation of these theories was Bitcoin, a peer-to-peer network created primarily for the sending and receipt of payments by the pseudonymous Satoshi Nakamoto. One of the benefits which this network offers over traditional centralized systems is that all transactions are transparent and publicly verifiable on the public network (or ‘blockchain).

Decentralized finance improves upon revolutionary improvements made by the likes of Ethereum, such as the ability to develop smart contracts upon the blockchain network. This enables the creation and operation of advanced and interoperable decentralized applications, cryptographic tokens, and side / child ‘blockchains’. As a result, decentralized services and applications can be offered to users by decentralized organizations and networks which offer a more democratic form of governance which even service users have the ability to participate in (in the form of governance tokens, etc).

Many DeFi services and applications have been built on the Ethereum network with a prominent example including yield farming which exploded in popularity over the year of 2020. The possibilities of DeFi are quite possibly endless depending on the creativity of the developer, or at least that would be the case if the Ethereum network itself wasn’t held back by technical inefficiencies such as a limited level of network scalability, resulting in excessive high gas fees (the cost of sending transactions and executing smart contracts on the network) and slow network speeds (the time taken to execute said transactions and contract operations).

This is one of many reasons we have decided to create Findora, an open financial network for the future of DeFi and more.

Whilst decentralized finance offers a level of transparency that centralized networks, with their highly controlled and secretive ledgers and systems cannot, therein lies a core problem when considering the creation of financial service applications which are suitable for personal, enthusiast, and enterprise users.

The difference between CeFi and DeFi until now has been what is largely considered a paradoxical dilemma. With Findora, we have created a public blockchain intermediary through which private and discrete blockchains can interact with each other (interoperability), achieving what many had previously thought impossible.

What this means is that Findora is a network which enables the development of applications, decentralized applications, and cryptographic tokens / transactions that are simultaneously both transparently verifiable, yet also confidential and private to any degree that the user sees fit.

At the Findora Foundation, we have achieved the seemingly impossible with our open financial network which includes the latest advanced technologies such as Zero Knowledge proofs (SNARKs, ZK-Rollups and more), many of which are completely original and created in-house. Furthermore, all Findora code is completely original and built from the ground up to ensure the highest performance and the utmost level of security.

Much of our code will be released to the community via open source on a rolling basis. It will be made available on our GitHub page, and announcements will be made here, on our official blog. Furthermore, we are currently operating our Testnet which developers can participate in right now. Mainnet is currently in development and well on track for a Q1 2021 release.

To learn more about Findora, visit our homepage. For the latest news visit our Twitter and join our Telegram group.